Des Moines and the Winter Blues 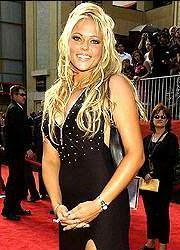 This weekend the parents and I met Katie, Carl, Carter, and the fetus in Des Moines for a fun filled 24 hour vacation. We ate, went swimming, ate some more, had some beers, met up with the Barwicks, ate a little more, and then headed home. I swear I have pictures (oh, I bought a new digital camera on Thursday), but I can't get the software to load correctly on my computer so those will have to wait. Mrs. Barwick, if you are reading this, send me some of your pics and I will post them.

Other than that, I think I am in the middle of the winter blues. I am still a little sick (going on day 11 now), I am frustrated with my job, I am as single as I was the day I was born w/ no prospects in sight, and it's freezing outside. I was actually in a worse mood yesterday, but then I worked a girls high school basketball game last night. Why did that cheer me up? Because I realize that no matter how bad my life gets, at least I don't have to watch high school girls basketball on a regular basis. That stuff is AWFULL!!! It is like regular basketball, except all of the exciting parts and athleticism are removed. Now I am all for womens sports, heck, I coach a girls vball team, but for the love of God, if you have a daughter, please steer her to soccer, volleyball, water polo, ANYTHING but basketball. Well, and maybe not softball either, we all know that softball players are butchy. Except for Jennie Finch. If you don't know who Jennie Finch is, please see above. If you don't know who Jennie Finch is and you are a male, please turn in your man-card immediately, your membership has been revoked.
Posted by Matt Mac at 9:45 AM No comments: 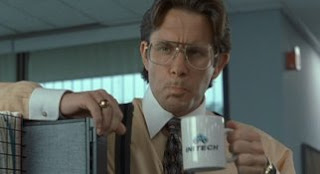 So I have been sick since Saturday, it turns out I have a sinus infection that just won't go away, despite being on 3 different prescriptions since Tuesday morning.

That's all, have a great day.

**EDITORS NOTE** It was not my intention to use two Office Space characters/references this close together, but I guess that's just how crappy my life is right now.
Posted by Matt Mac at 6:58 PM 4 comments: 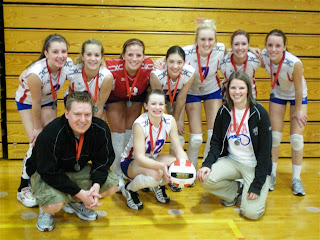 You all may or may not know this, but I am the coach of a Junior's Volleyball team, the NOVAS 16's Silver. We had our first tournament two weeks ago in Topeka, and going into it we all didn't have the highest expectations, as it was our first time playing together, we didn't have very many practices, and I taught them an entirely new defensive system. Anyways, the girls definately stepped up to the challenge and finished 2nd out of 15 teams! I was extrememly proud of them, and am looking forward to a great year. Way to go girls!!!
Posted by Matt Mac at 12:39 PM 1 comment:

A Night In Lawrence, KS 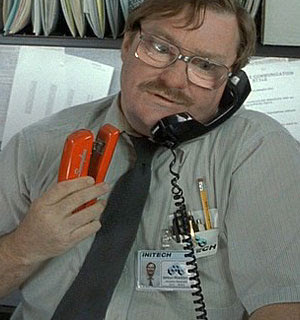 So on Friday night, my friend Becca asked me to go to Lawrence with her, I guess a friend of hers is in a band and they were playing. Since nothing else was going on, I said "sure." Poor choice my friend. Poor choice.
The first sign that things weren't right was when we got to the bar, it wasn't open. It was almost 9 at night, and it was closed. Also, this "bar" looked like a house for a midget dutchman, it was TINY and for some reason looked like it had been moved from Scandanavia. Anyways, after having a drink at the bar across the street, the dutchman finally showed up at the bar and we were in. Oh, and this bar was supposedly a bar and a coffee house, yet the beer taps were broke as was the cappacino machine. Isn't that like Steak and Shake being out of both steaks and shakes? Wait, Steak and Shake doesn't even sell steaks, and don't give me that "steakburger" crap. It's a hamburger, just call it that.
Well, the booze was cheap, so I got a double gin and tonic for $3.50 and things were better. Then the dutchman tells me that once the door guy gets here, there is a cover charge because there is a band. Wait, so you're telling me I have to pay to get into a bar that I am already in? Someone needs to buy this guy "How To Run A Bar For Dummies." Also, it was about 8 degrees outside, and it appeared to be about 9 degrees in the bar, and yours truly didn't wear a coat. Another poor choice my friend.
So it's 10 by now and the first band, the one with my friends friend in it, starts to play. Ummm, they should keep their day jobs. There are 5 people in the band, and 4 of us watching them. That's right, no one else was there except the group I was with, and that meant the band outnumbered the fans. Not a good sign for a band. And in a random side note, the drummer was only 15 years old, and kept ordering Shirley Temples. I don't know why I find that so funny.
So crappy band #1 finishes up, and it's on to the main act. Here is my breakdown of these guys before they even played a note:
1) Drummer: A cool looking black dude. Anytime there is a black guy in a rock band, it's a good thing. It just doesn't happen too much. Kinda like the opposite of a white rapper, except in this case, it turns out he didn't suck.
2) Bass: No one notices or cares about the bass player, unless you are Flea. This guy was no Flea.
3) Keyboards: It would have been way cooler if he played the keytar, not the keyboards. He needs to look into that. **EDITORS NOTE** If you don't know what a Keytar is, go here: http://en.wikipedia.org/wiki/Keytar
4) Vocals/Guitar: You know that weird guy in high school that was about 5'5", smelled kinda funky, always ran from class to class for no reason, never made eye contact with anyone, and never paid attention in class because he was too busy drawing comics, yet would ace every test because he was a freakin' genious? That was this guy.
5) Saxaphone: Yes, you heard me, I said saxaphone. He looked anorexic, and he totally had the Kenny G style sax. I think he was my favorite.
6) Trumpet: One word can describe this guy: F*CKING CREEPY!!! OK, so that was two words, but one word couldn't do him justice. Everyone else in the band was about 22, this guy was about 50. And do you all know Milton from Office Space, the guy that just wants his stapler back? This guy was Milton's long lost twin brother, it was downright odd how much they looked alike. If you don't know who Milton is, please see attached picture.
So the band starts playing, and it turns out they aren't bad, except for the fact they think they are the Greatful Dead and every song is 25 minutes long. By this point I couldn't feel my legs, and the door guy finally showed up, although at first I thought it was a homeless man that had wondered in to warm up. Sucks for him, the bar isn't any warmer than his cardboard house.
Well, from there we went to some other bar that tried to be really trendy and classy, my irritation level was now through the roof. I thought I would spend the night listening to some decent band in a college bar with $1 draws and wasted freshman girls that got in with their older sister's ID who would magically be attracted to an out of shape 24 year old who stands out because he isn't a frat douche with a pink polo shirt with the collar popped.
Boy was I wrong.
Posted by Matt Mac at 8:16 AM 4 comments:

Check, Check, Is This Thing On? 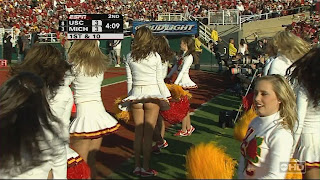 Here it is, my first official post, and I thought there was no better way to start things off than to show a nice cheerleader wedgie. Heather, this would have been a picture of you here, but I don't have a picture of you with a wedgie. Please submit one ASAP and I will post it.
Posted by Matt Mac at 10:44 AM 2 comments: